Summer In The City's #YouTubeHonestyHour Is Full Of Amazing Confessions

Here's everything you missed.

We've written about the #YouTubeHonestyHour on our site before for being one of the juiciest places on the Internet, however nothing compares to watching YouTubers dish out the dirt live which is exactly what happened at Summer In The City 2016. From YouTuber books to abusive relationships, the audience were given total freedom to grill the YouTubers on whatever subject they wanted, as long as they got confessions in return...

We were able to be one of the lucky few people to sit and watch as Tim H, Jon Cozart, BrizzyVoices, Daniel J Layton, Laci Green and Jimmy0010 spoke about things YouTubers "don't talk about enough". So if you're ready, it's time to begin shifting through the receipts.

IN YOUR HONEST OPINION, HOW DO YOU FEEL ABOUT THE CURRENT TREND OF YOUTUBER BOOKS?

LACI: "People should write if they actually like writing and have something to say... I have questions when people blatantly write as a cash grab, it feels so dishonest."

JIMMY: "It's like a new type of merch... it just worries me that YouTubers think they can do a book just because people like them and will buy it... Don't give way to substandard merch... If you don't have the time or ability to write a book then just don't do it."

JON: "There's definitely a trend in Hollywood for things to be ghostwritten, but we're 20-year-olds from the Internet... It's even more absurd if it's ghostwritten fiction. Anybody could write a book, but you don't collaborate on writing a personal fiction book."

DANIEL: "In terms of ghostwriting, Zoella isn't the first person and she won't be the last. It happens. You can tell if someone gives a crap about what they've put on paper... Hiding the fact that someone write it for you is a bad thing... You need a level of authenticity and integrity."

BRIZZY: "I wish people could just be upfront about it, whether people had some involvement or not."

TIM: "The challenge is moving into a new medium where you have to earn respect and credibility. You will be judged like any other writer in the long term eventually."

WHAT DO YOU THINK ABOUT PEOPLE TAKING ADVANTAGE OF THE COMMUNITY FOR VIEWS, AND THE EXPLOITATION OF CHARACTER FOR DRAMA?

JIMMY: "That's a pretty good description of what YouTube is nowadays, that's just how it works. People are living openly but pick apart dramatic things just to get the click, it creates a confusing message. I wonder about the motive of people sharing clickbait things."

BRIZZY: "There's a way to do it if it's healthy and constructive and genuine.... You need to ask if your video going to help or hurt more."

DANIEL: "Everyone has an opinion. When you're about to post something you should take a step back and think about whether it's fair and should be out there before you post. We should support each other. I know people can be assholes, but don't exploit their problems... We're not rational when we're upset, and there's such a mob mentality."

JON: "Some of the fastest growing channels are specifically designed for taking down YouTubers, and they get over 300 subscribers a month. People like H3H3Productions, LeafyIsHere... Some people deserve criticism but not some innocent 10-year-old posting on Instagram"

TIM: "People are very trigger happy with Twitter nowadays... If you're feeling so incredibly down and are having a full on breakdown, maybe don't put it on the Internet? I made a video about guns after I got very mad after one of the shootings. I put an angry video out into the Internet which I eventually took down, not because I changed my opinion but because it was too insulting to the other side and it wasn't a productive way to have a conversation."

LACI: "YouTube is all about supply and demand. If people demand negative drama [filled] content then more of it will happen. If we want high brow intellectual content then people need to ask for that... I'm pretty jaded about it myself. I spend weeks on my videos but other people throw up derogatory stuff in minutes and it's awful. If we want to change the YouTube culture we need to stop clicking."

TL;DR: If there's a demand for drama content on YouTube, sadly we must begin to rebel against it.

WHAT IS YOUR IMPRESSION OF REACTION/LIP SYNC CHANNELS, AND PEOPLE WHO OUTRIGHT STEAL CONTENT?

DANIEL: "Reaction channels are the very dirt of the content ladder; they're fun to watch, but they seem to scrape the barrel for things to react to. You should always link to work as that's how things go viral. We should bring back video responses"

JIMMY: "The way you used to get popular was being featured on the homepage, which happened when your video stood out for being good. A guy called Jamie would hand pick videos, but then the human editorial element left YouTube and the only way was to do what everyone else was doing and using dramatic clickbait titles."

BRIZZY: "People like to sell out to make money, but it's more about sacrificing morals for money."

LACI: "How much [effort] do [the creators of this content] put into it?! They take my videos and cut-in to add small thoughts, so it's literally like stealing. It's really hard on the creators side as they're stealing what we're creating. [It] is so dumb, it doesn't feel like good content."

JON: "YouTube is a money making platform, so that's what they're doing it. They're not here for the creators, and don't care as much about expanding the platform, if they're making money then they won't listen to the ethics.

Someone stole my video and I was able to put an ad on it and make money from them reacting. When the Fine Bros get teens reacting, I don't get an ad but it does send tens of thousands of fans my way. If you get on a hater channel then you still will see a subscriber bump, as disgusting as that is. Just keep your morals in check. [YouTube has] shifted from art to personality as you can see with the 'Dear Fat People' video."

TIM: "This is a coming of age journey for YouTube as a platform. It's art versus commerce. People have been rebelling against ghostwriters because the platform was built on directness and honesty. It's about doing what you can to survive. The line is tough as it's still a new platform and we're learning as we go."

TL;DR: Please don't steal other peoples content, and at least have the decency to credit them.

HOW DO YOU FEEL ABOUT YOUTUBERS WHO USE THEIR RELATIONSHIP AS PART OF THEIR BRAND?

BRIZZY: "It's dangerous and I'm scared for you. You need to be wary of giving the public your relationship, don't put the dependancy of your career on that relationship. Just don't do that. It's scary. Maybe have a fun side channel or something, but don't put all your eggs in one basket."

JIMMY: "I started YouTube with the idea to never show my partner as it adds unnecessary pressure to the relationship. Dating for money makes you question things [like whether] you should you kill the cash cow to break up with somebody? I wonder about some relationships, and whether it's genuine. When you see them used as promotional tools and #squadgoals then you're playing on an interested and aspiring teen audience. It's not an authentic message."

DANIEL: "I get shipped everywhere. I can't walk with someone without being shipped. I understand it's fun, but calm down! Let's say Zalfie broke up - it would be a nightmare and whoever they dated next it would be awful for them."

TIM: "It shows a strange power in how curious people are. My most viewed video is me kissing Jack Howard, and then me and Hannah saying how we used to be in a relationship; we only made it because it had been a while since we broke up and we wanted to make a point about friendship and positivity. There's a reason why we made it four years after the event. You don't do it a week later and act like everything is okay."

LACI: "I think about this a lot. I talk a lot about relationships and technology, sexting and online dating. Documenting on YouTube is a unique thing- not a bad thing, but a beautiful thing. The problem is that people don't have the tools to do it in a healthy way, and it's subject to public attention, it creates the economic incentive to stay in a bad relationship. Are you performing the relationship for someone and not yourself?"

TL;DR: Using your relationship as a brand is too much pressure on your heart and bank balance.

AND LASTLY, WHAT DO YOU THINK ABOUT SHIPPING?

DANIEL: "I remember getting a message from Dodie asking if we were in a relationship. Just come up with a good name, because we were called DoDaniel."

BRIZZY: "It creates these funny, awkward situations. Sometimes men and women can just be friends."

TIM: "It's lost all meaning for me now as I've been shipped with everyone."

JIMMY: "It's a human thing to make stories out of stuff. It makes life interesting... It doesn't matter if there's a basis in truth, people just like to buy into things."

TL;DR: Audiences can make it fun, but creators must never perpetuate it.

If you want to stay on top of all our Summer In The City experiences, make sure you check out our SitC live blog and say hello if you find us on the floor! 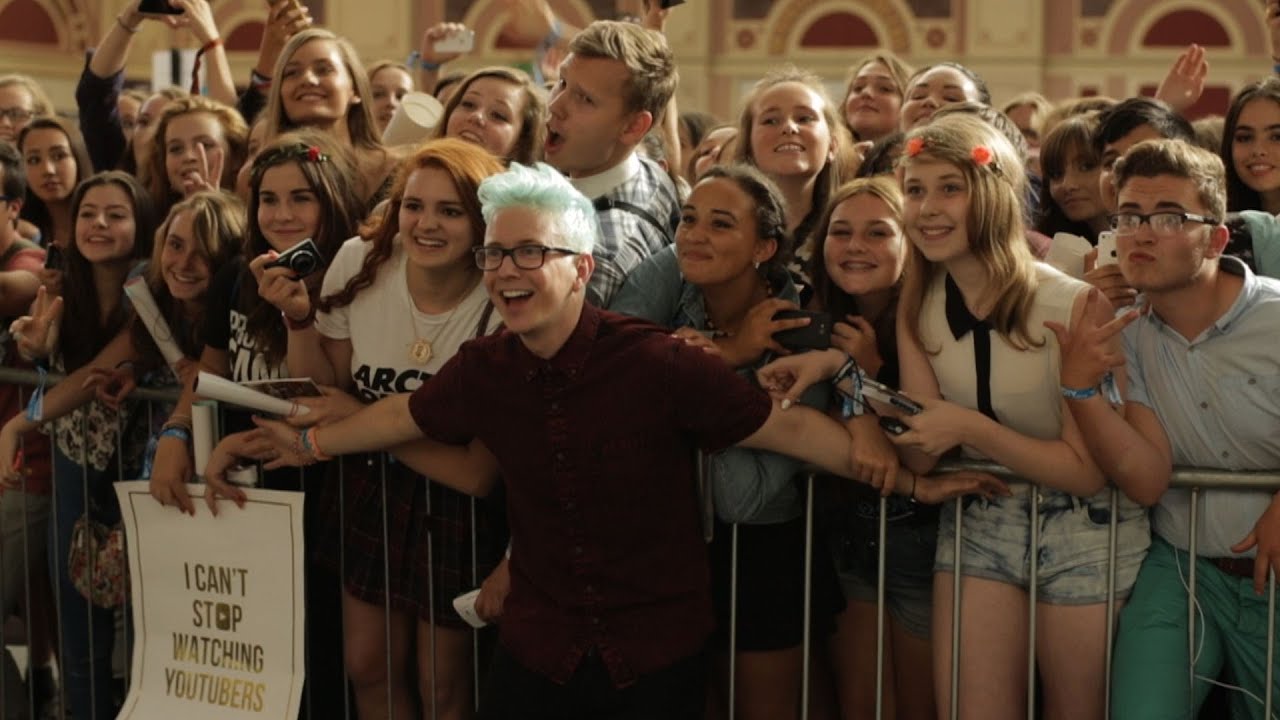