We downloaded it IMMEDIATELY.

Are you sick and tired of seeing your friends upload the same old black and white, slanted angle pictures of what they've eaten for every goddamn meal of the day? Yeah, aren't we all. Well now, thankfully, for any budding food critics and photographers reading this, you can now recommend them a brand new app called Dysh that's dedicated purely to rating and sharing reviews and images of food you're currently eating - and it's part owned by YouTubers.

Now holding equity stakes in the foodie app Dysh are Grace Helbig, Hannah Hart, Mamrie Hart and Ingrid Nilsen, who plan on making content for the app as part of the new 'Taste Buds' team. Within the app, users can rate items on restaurant menus around the world on a ?-point scale system and then share it with friends as a mini recommendation. The company are hoping to see a major lift in popularity by enlisting four YouTube creators that collectively boast over 20 million subscribers - and we're certain it will work. 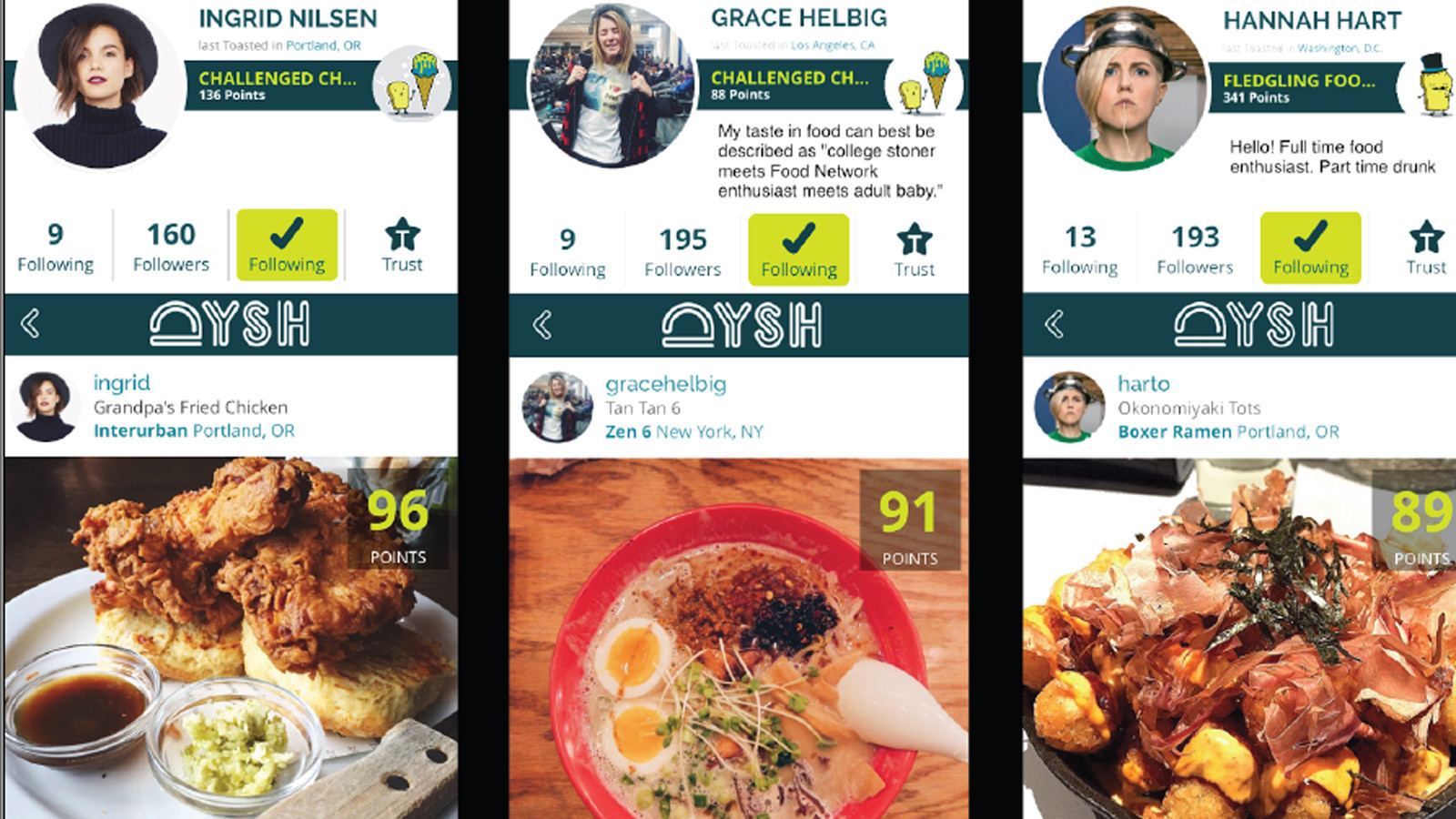 Founder and CEO of Dysh, Ashley King, said that “working with Hannah, Grace, Mamrie and Ingrid to grow and shape Dysh has been an honour. Not only are they perfect examples of what it means to be Taste Buds - they trust each other’s tastes and have fun sharing their culinary lives with one another - but they also bring a social and business savvy to building a platform for millennials”. The group, otherwise known as the Holy Trinity, has collaborated in the past on their first feature length movie Camp Takota, as well as their upcoming Lionsgate film, Dirty Thirty.

The ladies themselves were overwhelmingly positive about their new venture, with Hannah saying that it "is the perfect tool to merge my passion for apps and appetisers". Mamrie calls it a "guilt-free" place to post food pics because she sometimes "feels a little ridiculous uploading [her] 8th picture of pho to Instagram, but you don't have to on Dysh".

If you're interested in finding out more about the app, check out the official website here - > DYSH.