We regret to inform you that, yes, Jeffree Star is at it again.

There was war in Beauty Blogger Land this weekend as YouTubers Jeffree Star and Jackie Aina got into it on Twitter, after it emerged that Jeffree had blocked Jackie on Instagram. 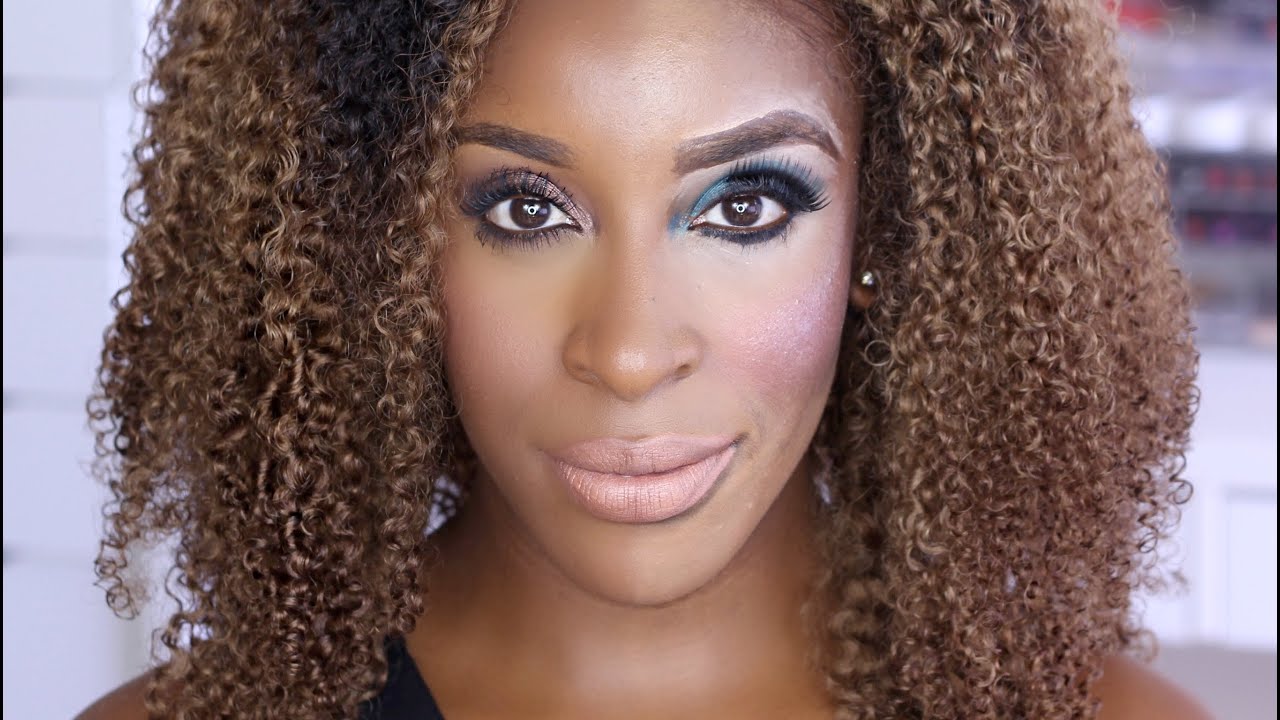 Jackie has been vocal about her views on Jeffree Star in the past.

In April, she called out Jeffree in an anti-haul blog and revealed that she doesn't use Jeffree Star products.

Explaining why, Jackie said, "This started about a year and a half ago when I had snapped about seeing some Jeffrey star cosmetics. I got tonnes of feedback from you guys... basically saying, 'read into some of Jeffree's past'."

"I'm not trying to make this open season on anybody," she continued. "I just have a deep issue with the anti-black comments and things that have been made publicly [by Jeffree], and in addition to that have not been addressed."

Clarification: Jeffree has apologised for some of his offensive past behaviour.

A month later, Jeffree Star and Jackie Aina found themselves on a trip together

During the trip, Jackie shared a subtweet that echoed the comments she'd made about Jeffree in the anti-haul video, leading people to believe it was aimed at him.

It's not that I don't like you. I accept you for who you are! But I also don't fxck with you for that same reason

This weekend, Jackie discovered Jeffree Star had blocked her on Instagram

I make content that explains explicitly why I do not support certain people and their brands. It's ALWAYS based on morals and ethics

if you openly and blatantly disrespect black women I can't support ya. https://t.co/ZuZu1i8B8m. The end. Have a lovely day

In a now-deleted series of tweets, Jeffree Star hit back at Jackie for publicising that he had blocked her

Things reached a head when he described Jackie as an 'irrelevant rat'.

Jeffree then accused Jackie of not paying her taxes for three months, and claimed that she was getting married in December - which she has since denied.

Needless to say, the internet wasn't all too happy with Jeffree's remarks

Funny, u apologized about everything in ur past except your racist comments towards a black woman & now ur disrespecting a black woman pic.twitter.com/7p9lOCf0bX

Some fans defended Jeffree, arguing that things he said in the past should be left there

And that is exactly why so many bitter people try to bring up things you have explained AND apologised for *multiple* times. Keep slaying ❤️

What's the beauty drama about now? People dragging up @JeffreeStar stuff? Why? Past is that, ppl change over a 10yr space. He's apologised!

I defiantly think jeffree star has apologised I think we all have said things in our past that we regret we grow we change. Just my opinion

But in the end, Jackie had the final word

never forget that @JeffreeStar will call black women rats, uneducated, and broke when they do not worship him

please research who you support in the beauty industry, there really is a lot of ugly you do not and probably won't see

I've always said my number one issue with Jefrey Star was his views on people of color. Nothing more and nothing less

so go ahead and enjoy the cold, fake tea he will keep spilling to deflect and take the attention off himself and not address his own issues

Have you heard? We're releasing a series of We The Unicorns Books! Find out all the tea below: