“The book club was very successful, the sales were fantastic and there was a really good response online."

If you needed any more proof that Zoe Sugg (and YouTubers like her) are capable of being hugely influential, then look no further. earlier this year, Zoe partnered with the WH Smith chain of stores, on a project we all know (and love) as the Zoella Book Club. Well some new numbers have come out, that prove just how much of a massive success this partnership has been.

WH Smith revealed its profits for 2016 and reported that it's had a nice increase in income, which was helped greatly by the 'Zoella Effect'. Chief executive Stephen Clarke was thrilled with how successful the project has been saying of Zoe: “Zoella works really well" and adding that “the book club was very successful, the sales were fantastic and there was a really good response online." Basically: Zoe is so influential that she can literally influence the profits of a major national company. Nice. 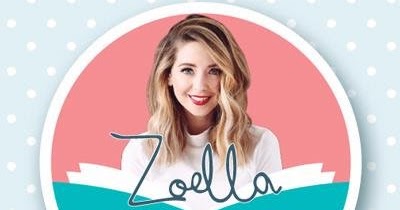